Woman Charged With DUI | Check Out This Story

Never Drive With A Tree Lodged In Your Front Grille

If a police officer stops you while you are driving and she does not have a legal reason to do so, your case may later be dismissed when it goes to court. But that argument probably won’t work for the driver in Illinois who had a tree lodged in his grille while driving down the street. CNN published the following article about that driver:

“A police department in Illinois released a "don't drink and drive" video with an unusual image: a car traveling the wrong way with a 15-foot-tree lodged in its front grille.

Roselle Police say one of their officers saw the car, pulled it over and arrested the driver in January. The bizarre images of the arbor appendage were uploaded to the department's Facebook account last week.

The post, which has more than 20,000 shares, shows a tree standing straight up from the grille of a Lincoln car. The bumper appears to have fallen off.

"After stopping the driver, [the officer] also noticed the airbags had been deployed (apparently from hitting the tree)," the Roselle Police Department wrote on its Facebook page. 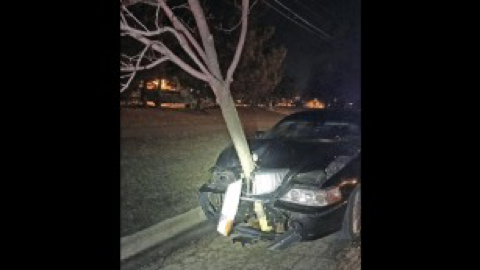 Another view of the tree lodged into the front grill of the car.

While the images were going viral online, some questioned their authenticity, prompting the Police Department to release a video of the unusual encounter.

The video shows the car going down a street in the opposite direction. It then cuts to dash-cam video from a police cruiser trailing the tree-riddled car, in which the police officer pulls the driver over.

They noted in the post that "some just didn't believe it was true."

The driver was arrested and charged with driving under the influence of alcohol, according to the Facebook page.

"Yet another reason why you should not drink and drive," the post reads.

Roselle is in northwestern Illinois near Chicago.”

If you are facing DUI charges in Palm Beach County and need a trusted criminal defense attorney to help defend your rights call me, Ron Chapman at 561-832-4348. You can also connect with my West Palm Beach law office online. I will gladly discuss the details of your case with you and determine the best way I can help.