The Huffington Post published the following article about the man who was arrested for the Planned Parenthood killing spree in Colorado Springs this past Friday:

A WHITE TERRORIST IS A ‘TROUBLED LONER,’ BUT UNARMED BLACK TEENS ARE ‘THUGS’

Why does the media use loaded language in crime stories?

Media rhetoric so often lives in shades of gray, yet when it comes to the terms used to describe people in crime stories, its true colors may be black and white.

Take the words employed over the weekend to describe Robert Lewis Dear, accused in the shooting spree at a Planned Parenthood clinic in Colorado Springs, Colorado, on Friday, killing three people and injuring nine. 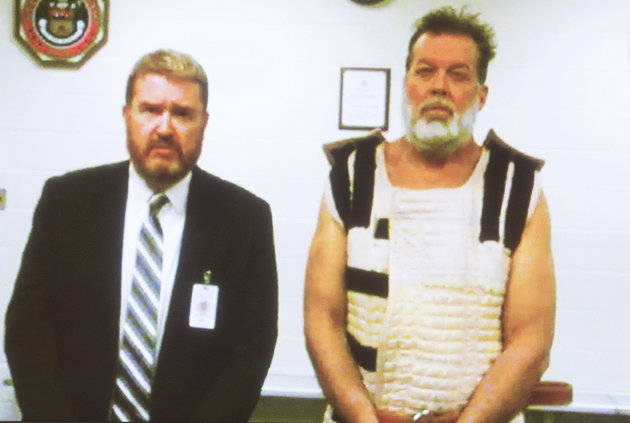 Dear, who is white, has been portrayed as a “gentle” rambling “loner” with a “troubled history.” There has been much hand-wringing over whether it’s correct to label him a “domestic terrorist,” though he seems to fit the definition perfectly. Even Mike Huckabee agrees.

(Ted Cruz, meanwhile, said he thinks the shooter may be “a woman and transgendered leftist activist.”)

Dear in the past has been accused of animal cruelty, domestic abuse and being a peeping tom. (He never actually was convicted of these offenses, as the charges were either dropped or never filed.)

In contrast, Trayvon Martin, an unarmed black 17-year-old shot to death by neighborhood watchman George Zimmerman in 2013, was labeled a “thug” based on his Facebook profile pictures, some of which included guns and marijuana.

Freddie Gray — and the throngs of protesters outraged over his death at the hands of Baltimore police: also “thugs.”

Michael Brown, the unarmed black teenager shot to death by police in Ferguson, Missouri, was alternately “bullyish,” a “criminal” (despite having no adult criminal record), and of course, a “thug.”

There has been a lot of talk lately about how liberal the mainstream media is. But when you read stories like this, it makes you wonder if the media isn’t plagued by the same sort of racism that infects so many other segments of our society. If you have any questions regarding criminal defense, if you feel like your rights have been violated, give me a call at 561-832-4348! I am a Florida defense lawyer with experience spanning several decades. I can defend your rights, call for a free consultation today!